EVENTS AFTER THE PERIOD

“With a positive net profit and cash flow for the last quarter of the year and additional revenue from new contracts, the starting position is positive for 2022. With the existing order portfolio, Q1-22 should be profitable and Q2-22 even better. We now look forward towards a continued steady growth for AVTECH and our customers. “, CEO David Rytter

Financial reports are available at www.avtech.aero/report.

AVTECH develops products and services for digital air traffic control systems. Customers are the aviation industry's various players such as airlines, airports, aviation, technology companies and aircraft manufacturers. With the help of the company's products and services, each individual flight or the entire flight operation can be optimized in terms of economy, noise and emissions, efficiency, punctuality and safety. The head office is in Stockholm / Kista. AVTECH Sweden AB (publ) is listed on NASDAQ First North Growth Market and has appointed Redeye AB to certified adviser. Email address: certifiedadviser@redeye.se and telephone number +46 (0)8 121 576 90.

This information is information that AVTECH Sweden is obliged to make public pursuant to the EU Market Abuse Regulation. The information was submitted for publication, through the agency of the contact persons set out above, at 2022-02-10 08:30 CET. 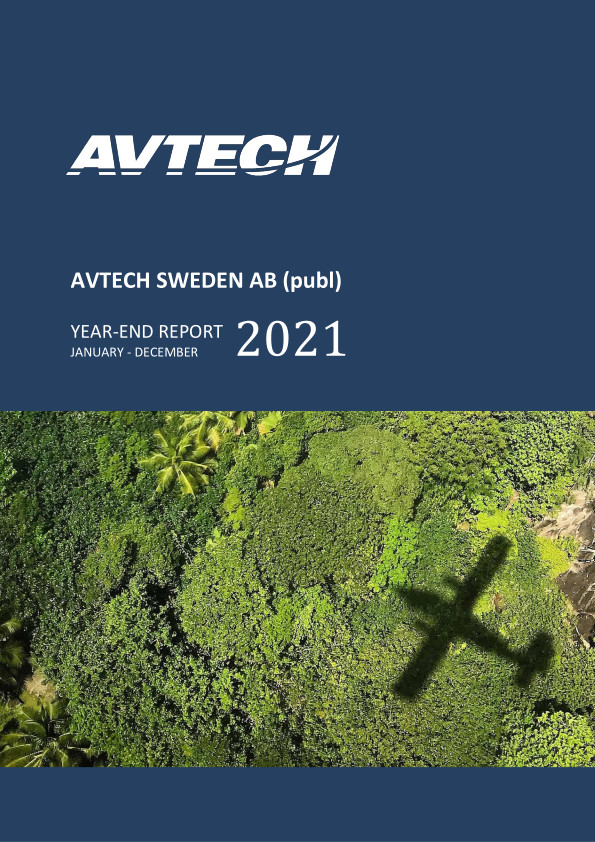